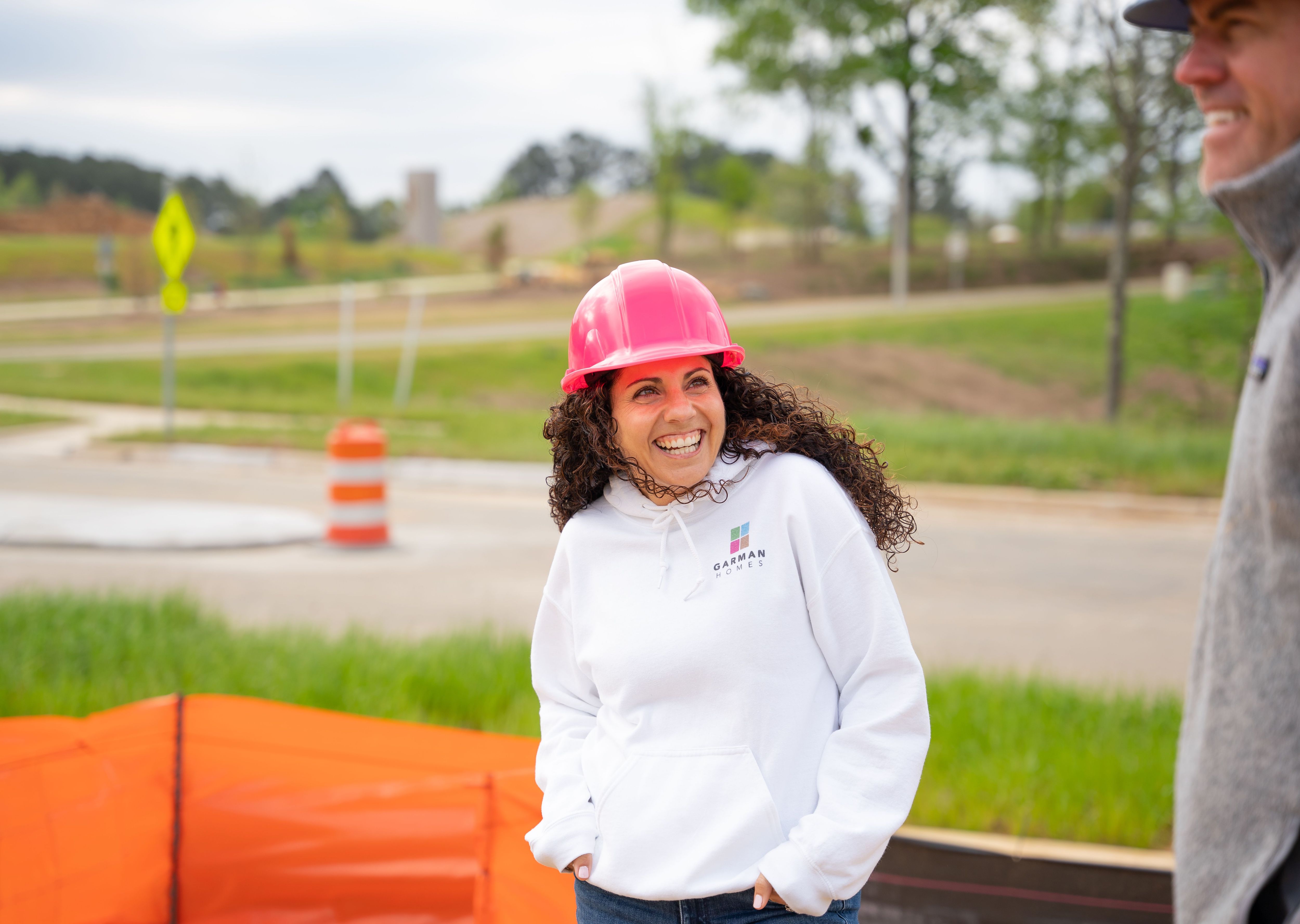 I have three daughters aged 17, 15 & 11 so in case anyone is asking, that basically means I have a Masters Degree in Disney Movies.  My oldest's favorite is Pocahontas (despite full acknowledgment of how problematic this story is and was), my middle prefers Mulan (cartoon, not the live action one which was also problematic for other reasons) and my youngest loves Ratatouille.  I think that's Pixar actually and to my knowledge, not problematic unless you're a health inspector in Paris.

My favorite is Princess and the Frog because Tiana is a businesswoman and for that reason, she's the first Disney Princess I ever identified with, until yesterday.

Yesterday, I had a Cinderella moment when Kevin Kube (Construction Superintendent at Chatham Park, Garman Homes Rock Star of the Year 2020, and the builder with the record for most homes built in a single year -unofficial but bet me) showed up at the Concept Home jobsite as my Fairy Godbuilder. 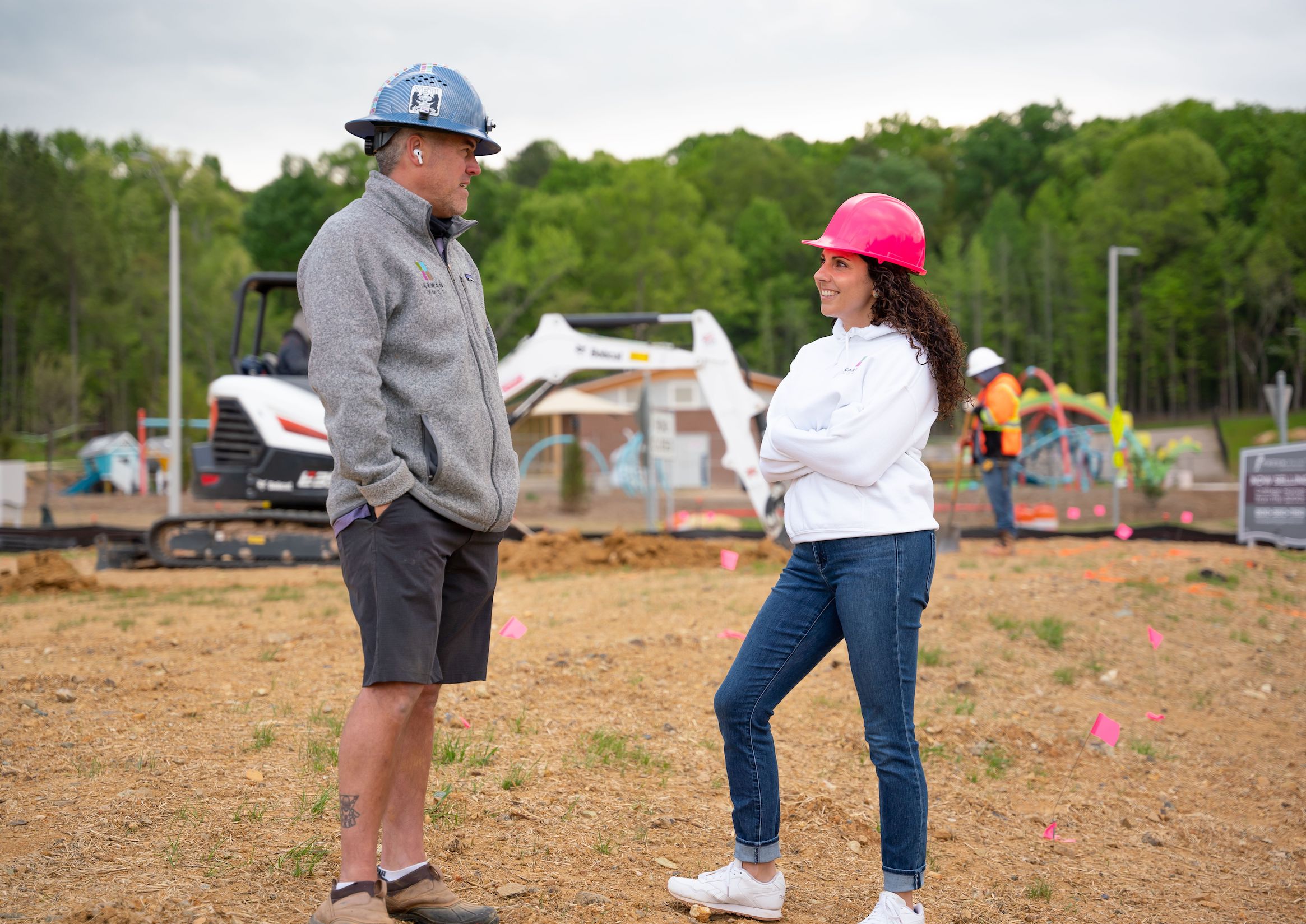 He doesn't have a wand but he answers his watch with a single AirPod pro and the magic just happens. Also, his hard hat is covered in Garman Homes logo stickers for 'above & beyond' moments and it even has a flashlight and a pencil holder.  Actually this part is more his Batman side than his Fairy side but I digress.  When Kevin Kube shows up, footings get dug and 25+ years of homebuilding experience comes at you full speed.

It was a lot of building superpower to take in.  So maybe that's why when I came face to face with Marshall, from Griffin Masonry yesterday and he said, 'tell me what you need from me' I was a little starstruck and confused.  Also, didn't he know what I needed based on the fact that I called him to dig footings?  Was this a trick question?  I ended up stuttering out, 'I need you to dig' (at this point I made a little motion with my hand which is embarrassing but true.  I curved my hand into the shape of an excavator shovel and made the digging motion - it's ok I'm cringing too.)  Marshall laughed and looked at Kevin.  I did too.

I came to find out, what he meant was how deep does the crew need to dig and how many steps am I anticipating in the front of the house.  Which, in my defense, is a lot clearer.  And I actually knew the answer because Jim and I came out on Friday and did the Masonry math on the topography of the lot (nearly flat except for the drop off right at the front where the steps to the front porch will go).  The answer was 8-9ish.  Dig for the higher number because no one has time for a return trip in a 60 day schedule.

So that's what we did.  Usually we try to minimize the number of steps (for cost and for ease of entry/accessibility) but for the Concept Home I like the idea of a full set of brick stairs leading up to the porch because it adds to the outdoor living space.  Built in seats for people to gather and greet neighbors walking by. A socially distant spot that's also architecturally appealing.

And maybe it's all this talk of fairytales but I choose to see the number of steps as serendipitous.   Because someday very soon I can picture the team behind the Concept Home draped across them sharing a moment of celebration together.

Thank you for digging my footings and my steps, Griffin Masonry. Now let's pour some concrete!

Garman Homes stays on top of the latest builder trends and incorporates style with quality work! We love our Garman home and our experience with the sales team was seamless!! As a real estate agent myself & proud Garman homeowner I would not hesitate to recommend them to family or friends and clients!!