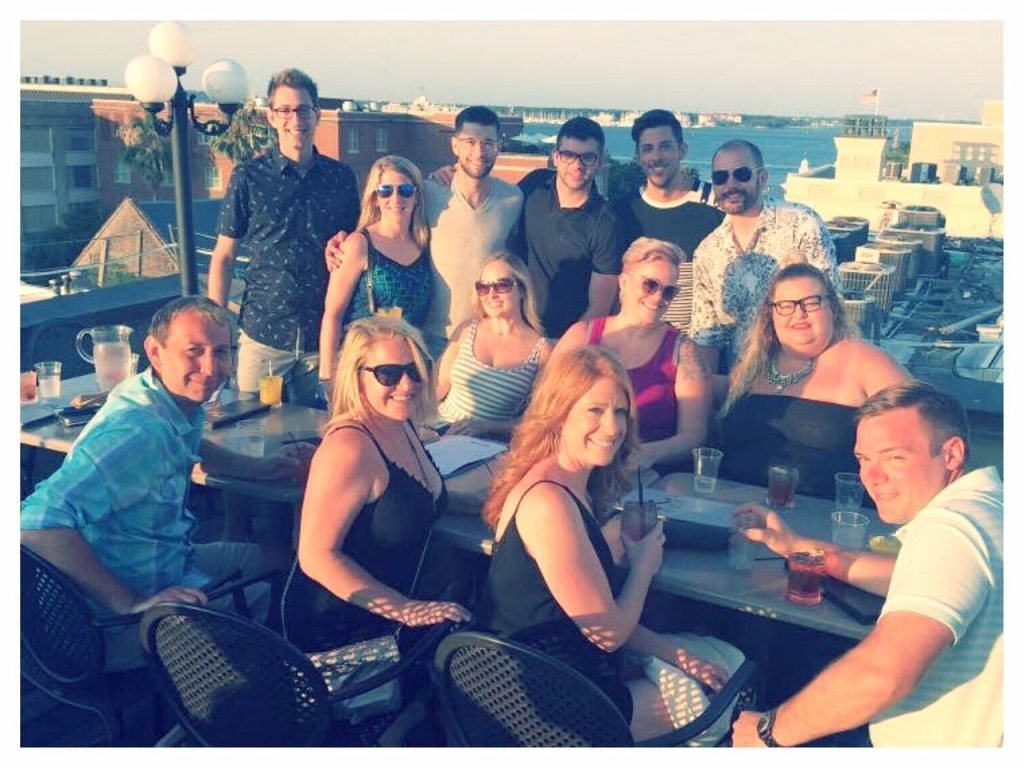 You know how Taylor Swift has a squad that every famous person is either in or wants to be in but won’t admit it? Janice has a squad like that.

Every year they all get together for Friends Reunion.  This year’s reunion was in Charleston and given our current labor shortage, and a few of us pretty much demanding that she go for as long as possible, Ginge made it to the reunion.

Those first few weeks of building can be rough when you’re a seasoned pro, even rougher when you’re a total newbie.  We were all happy to see Janice make it to her people and enjoy some very well earned time off to recharge.  She and Taylor run hard everyday – they need the squad to help them keep it real.

Even while she was away, somehow her house continued to make progress.  Basically out laboring the labor shortage.  Plumbers and HVAC both showed up and upon her return the next week she met up with the Pretty Committee and the Electricians to walk the house and get it lit.  Literally and figuratively.

I met with Janice right after her Electrical walk and asked about her schedule for the week.  She rattled off a few comings and goings…the roofers were supposed to make an appearance after waiting nearly a full week, permanent power was going to be set up with Duke, and then she added among her list of to-do’s,  ‘passing frame inspection on Wed, insulation Thursday and hopefully drywall by Fri.’

I’m nearly positive I must have made the ‘whatchu talking bout Willis’ face when she mentioned passing frame inspection as a foregone conclusion.  I mean, I like the confidence behind a statement like that and she’s building like a BOSS so why not?  Well…because it’s pretty rare to pass Frame & Mechanical on the first try.  That’s baller status.  I tried to be gentle when I mentioned passing Frame & Mechanical could be tough…but the Ginge was undeterred.  She said Kevin thought they could do it and they were going for it. 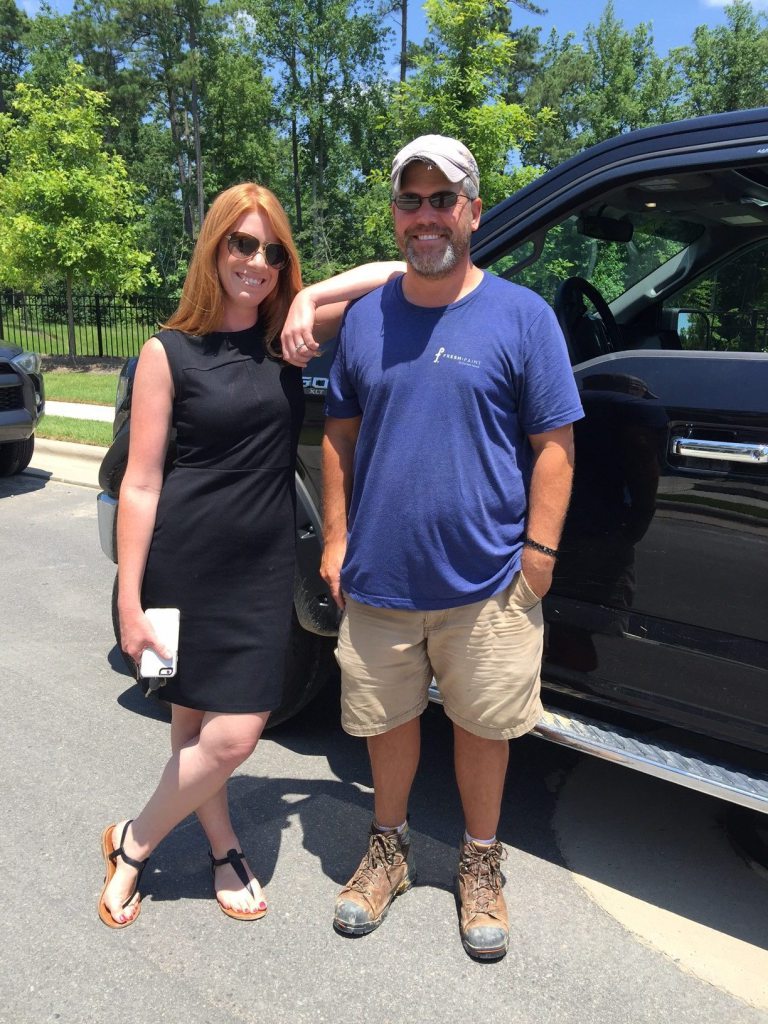 And they did. And she passed.  First try.  But not before Kevin convinced the inspector to play a trick on Janice and tell her she failed.  Ginge said she got there super early the day of inspection and did anything and everything to keep herself occupied while waiting for the inspector to show.  She picked up trash, reviewed her plans, walked the house again checking hurricane clips, jacks and kings (framer speak for studs under windows and studs that go all the way to the ceiling, respectively).  Finally she decided this watched pot wasn’t going to boil so she switched over to sales mode and delivered a closing gift.  And of course, that’s when he showed.  And Kevin was there too.

Imagine Janice getting the call from Kevin telling her the inspectors had been there awhile and they had a really long list.  Poor thing drove up to her house ready to face her punishment.  The inspector started off with, ‘I can’t let this pass today.’  Janice asked, ‘Not even to insulate?’ He said, ‘No.’  Janice looked at Kevin and asked if this happened often.  Kevin shook his head no, said it was really bad.  About that time, probably sensing an impending Ginge meltdown, the inspector caved and said, ‘I can’t do this to her!’  Poor Janice was so relieved, she said she was picturing a phone call to me telling me we were screwed.  Kevin’s ripe for some payback…he won’t know where, he won’t know when, but trust me…it’s coming. 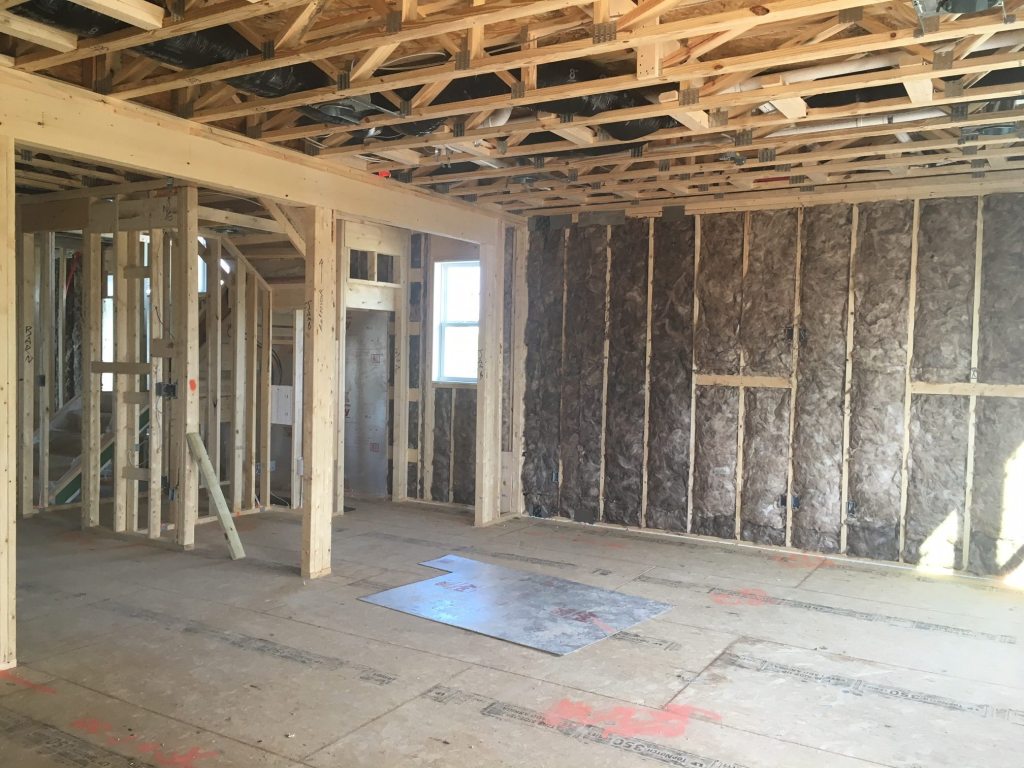 After the all good on Framing & Mechanical, Janice had the insulators on deck and in no time the walls were all fuzzy. Oh, and she passed that inspection too.

Next up drywall delivery. Unfortunately when the guys delivered the drywall they scraped the shingles on the roof of the box bay window.  It’s killing Janice to see her house with a busted lip like this.  Not to mention a cracked window in the same spot – building pretty ain’t easy. 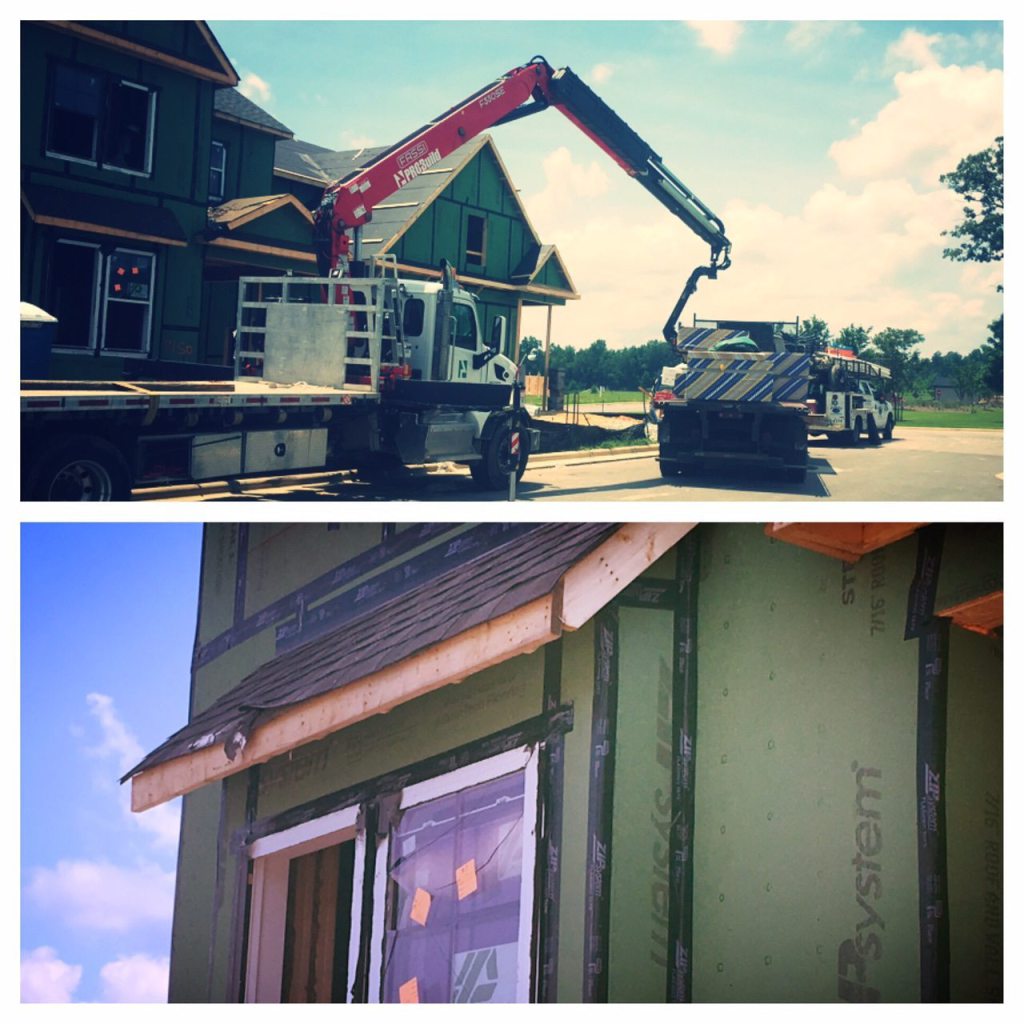 This was also Janice’s first experience having to charge one trade to have another trade come back and fix the work they damaged.  Back charges aren’t fun.  Let alone its the roofers who took a loooooong time to get there in the first place.  Now she’s on hold for the fix.  I think if she could she would start charging interest for every day she’s waiting.

Meanwhile the rest of the house just keeps moving on.  Drywall is in and the last coat of mud went on the walls today.  Pretty soon all the fun stuff is going to show up and it will be like Christmas morning, everyday.  Kinda.  You know, if you asked Santa for Cabinets and lots of trim material. 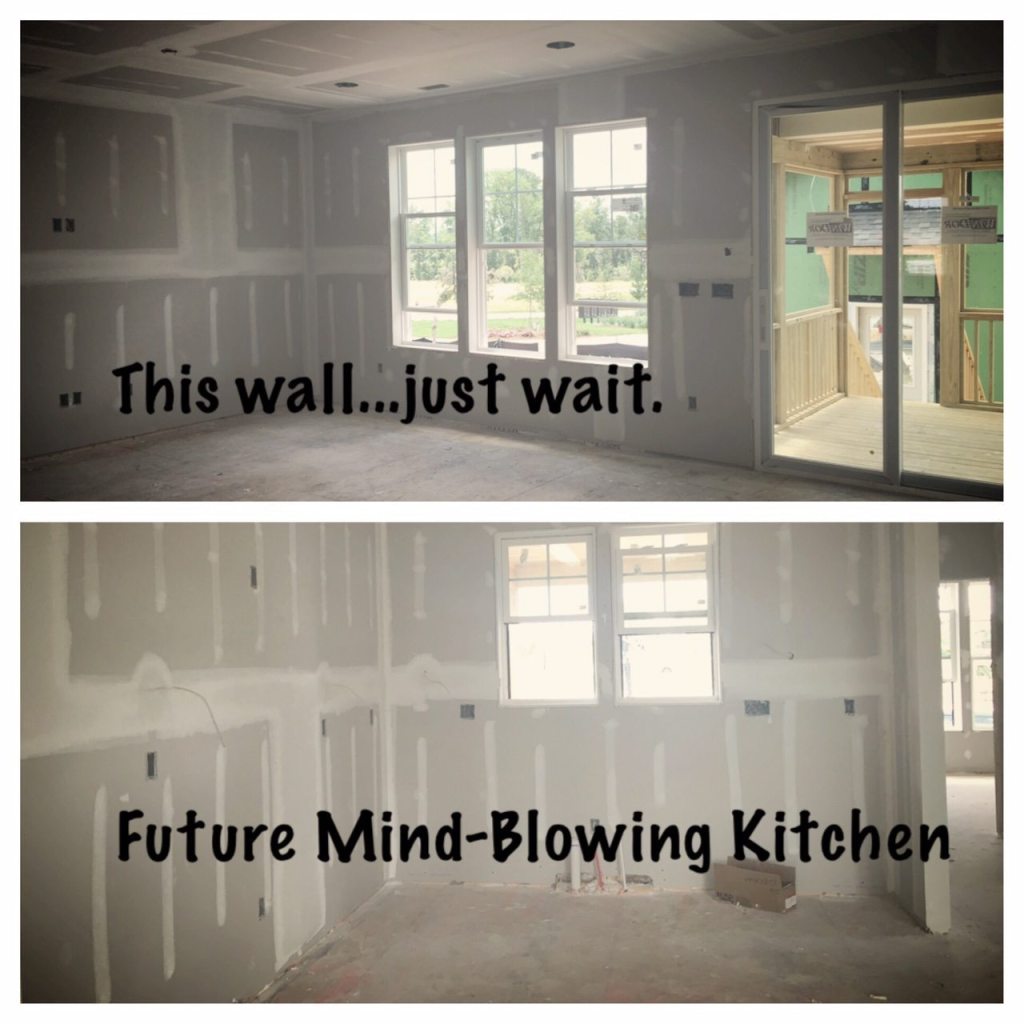 I asked Janice if she felt like she pushed the boulder up the hill and now she could catch some speed on the downhill.  She said yes, it was feeling really good.  She said she feels like she knows how to talk to the trades and get what she needs.

Recently she ran into Sam from Southern Energy Management during his inspection and when she told him about her role in the project he said, ‘you wanted to build a house and they let you build a castle!’  Which reminded me of my favorite Taylor Swift lyric from New Romantics.  Swifty sings, ‘Cuz baby I can build a castle, out of all the bricks they threw at me.’

Preach, Tay Tay.  So can the Ginge.

Garman is an amazing company. I'm so glad I built with you all. I had an inspection done in my 12th month and was pleased that the issues found were minor. I knew Garman built a quality home. The house is also amazing soundproof. When inside, you can hear very little noise from outside. 14 months in and still love the house so much. Thank you.