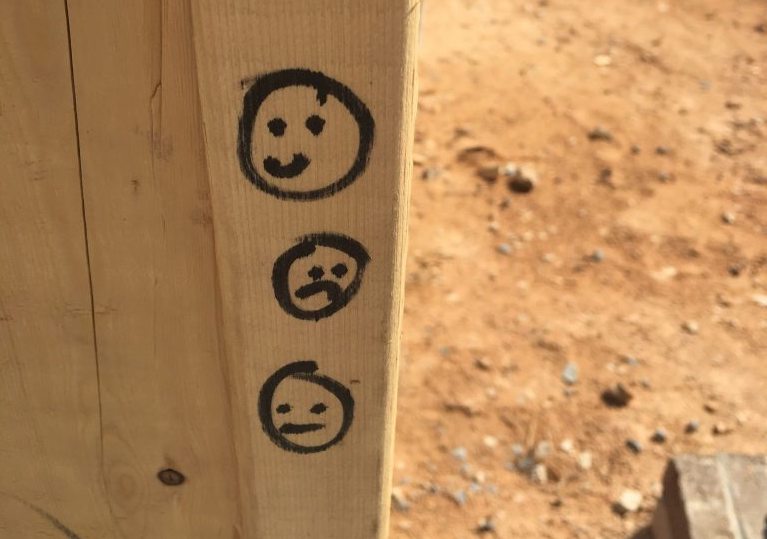 Ginge sent me this picture earlier in the week.  She said the framers had accurately captured her entire range of emotions this week.

Unfortunately, I think the theme of this week was Grumpy Young Builders…it’s more of a drama, less like the wildly entertaining comedy, Grumpy Old Men.  Kube was grumpy.  Janice was grumpy.  No one could find the damn stairs and the framers were grumpy.  It was grumpfest.

It was a few days of cluster upon cluster.  Such is building.  This isn’t reality show building.  This is real deal –I called for my stairs and they aren’t here and framers are pissed because they still have to frame the second floor –  building.

It wasn’t all bad.  There was a surprise superhero visit.

So those missing stairs?  Well, good story actually.  It was our fault.  The ‘office’ folks.  See third emoji above.

We were holding on sending out the full job start (which includes all the purchase orders for Ginge’s house) until the selections were 100% complete.  And by 100% we actually meant more like 110%.  Parade houses tend to have a few bells & whistles that take longer to price because they’re just that special.  Which means sometimes complete means more than complete – not just the individual special selection itself but the special pricing too.  It’s i dotting and t crossing down to the very last letter.  And it means the stair purchase order didn’t keep up with Ginge’s framing progress.  #oops  #ourbad

Ever the Rock Star, even without the stairs Janice found a way to make it work.  Proving good attitudes and superheroes are the best way to claw yourself out of a grumpy period. 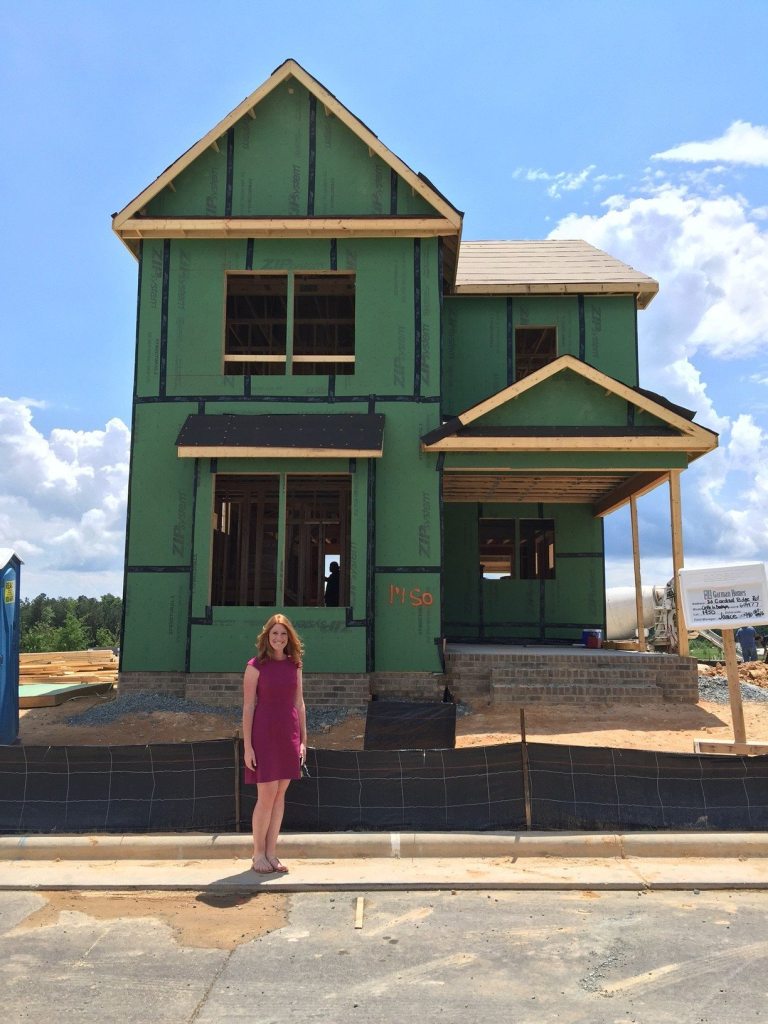 By Friday this gorgeous house and it’s gorgeous builder were all smiles.

All ready for mechanical trades to begin.  Back to the real deal building part…Janice & her partner, Krista, have sold beyond our wildest projections this year.  Already well exceeding last years total.  By June.  That’s a lot of houses for the trades to build.  Which means her house is in line.  Behind several sold houses with Guaranteed Closing Dates.

Sometimes Models and Parade Homes are moved to the front of the line – due to tight deadlines and even tighter stress levels.  I mentioned the possibility to Janice and told her it was up to Will to determine the order of production, hence his title, Production Manager.

Janice brushed it off – she said she was cool waiting in line for trades like a real deal builder.  She added, our sold homes and our buyers come first.

I think the framers missed a few emojis…the smiley one with the halo and a great big heart.  #LGIC #2LGIC2quit

Garman Homes stays on top of the latest builder trends and incorporates style with quality work! We love our Garman home and our experience with the sales team was seamless!! As a real estate agent myself & proud Garman homeowner I would not hesitate to recommend them to family or friends and clients!!