‘IS IT TOO EARLY TO START SCREAMING?’ – WEEK 3 IN REVIEW 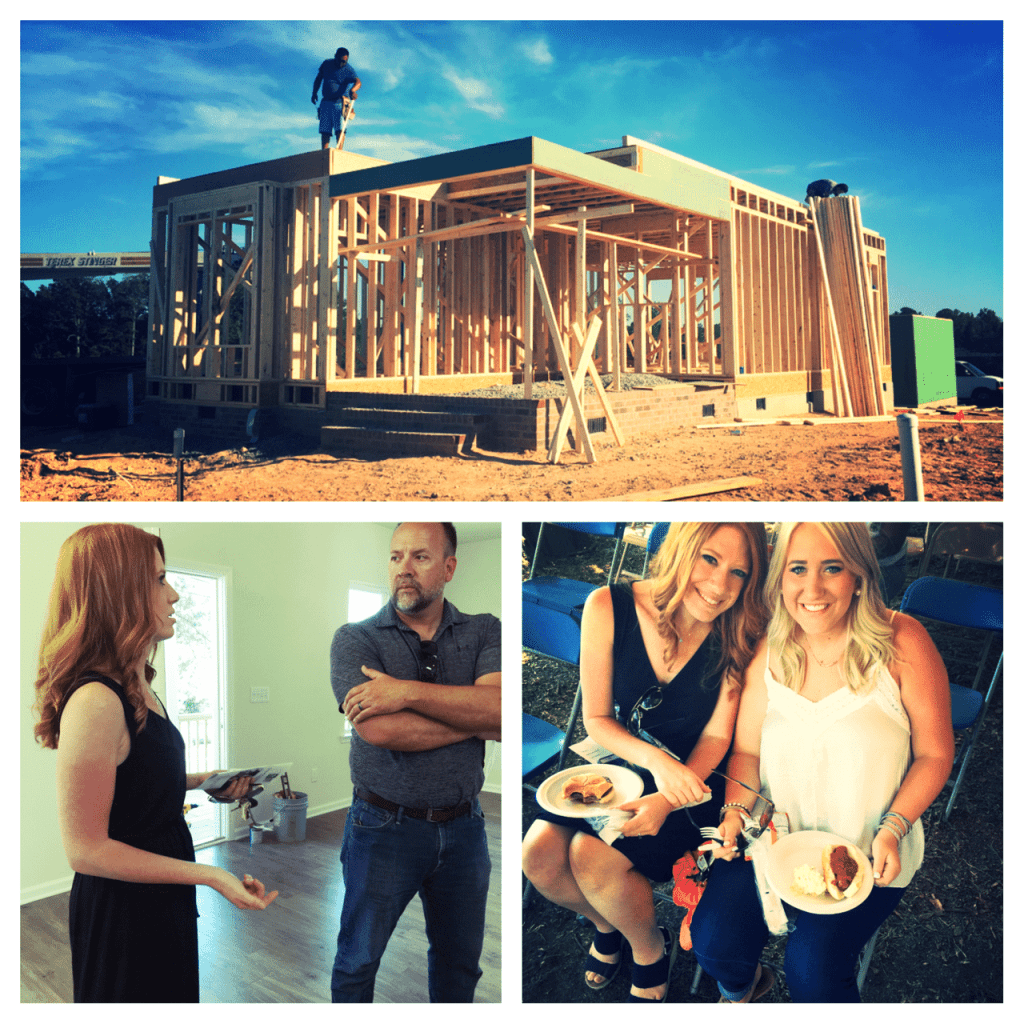 ‘IS IT TOO EARLY TO START SCREAMING?’ – WEEK 3 IN REVIEW

This week tried all of Ginge’s patience and then some.

It started off with #MajorFailMonday – Janice forgot to call for inspection on her garage block pins.  Remember how we changed the garage and had to re-permit?  Well, the garage is just a few steps behind the house and Ginge was hoping to make up that time and have them in sync by framing.

Here’s something you need to know about our girl…there are people who are hard on themselves…and then there’s the Ginge.  She’s in a class all her own.  When she makes a mistake, she feels it so acutely we usually have to console her.

In the midst of #MajorFailMonday, and in preparation for the framers showing up on Tuesday – Janice was still trying desperately to get power to her site.  And it wasn’t going as well as she hoped.  Everyone at Duke kept telling her there was no work order…even though there was.  We think the disconnect had to be between Duke and their subcontractor, Mastec.  But knowing that wasn’t getting us any closer to having power.  Finally, after trying to pull a few strings with the developer to lean on Duke, they put her in touch with a guy named Derryl who was supposed to be her go-to.  But all he kept saying was, ‘I’m gonna call someone and then I’ll call you back.’    That’s a pretty weak go-to game.   It needed work.   So on the very next ‘call you back’, Janice told Derryl she was ‘beyond frustrated’ and walked out of the sales center – phone in hand, tension in her voice.  Krista and I exchanged big-eyed facial expressions because we could tell Derryl was about to see a whole new side of the Ginge.

I don’t know what she said but somehow, some way, Ginge had power the next day.  Ginge’s go-to game is a few notches above Derryl’s.

It must have worked because by Friday, the entire first floor was framed and Ginge was smiling again. Full emotion spectrum week.  Proving the only thing standing between #MajorFailMonday and #EffYeahFriday are a few good screams and a tight go-to game.